When Liam Stocker went down with a broken jaw earlier this year, the midfielder's mind immediately turned to what it meant for his NAB AFL Draft chances.

He was told he would miss eight weeks – which would include the Under-18 Championships – after surgery, and made sure he wouldn't be on the sidelines any longer than that. Stocker had to make up for lost time.

The 18-year-old did that in the second half of the season, when he returned for the Sandringham Dragons and was one of the most consistent players in the TAC Cup.

He was rewarded for that by winning the Morrish Medal as the competition's best player, and played in the final few games nursing a shoulder injury that saw him sit out testing at the Draft Combine.

Stocker is one of the best ball-winners in the draft. He averaged 22 disposals a game at TAC Cup level, of which 13 were contested, and he averaged five clearances. If a club is looking for a player to bolster its group of inside midfielders, then Stocker should be front of mind.

He's also an excellent kick on both feet, and showed throughout the season, particularly in the finals, that he is more than comfortable swinging onto his non-preferred left foot and hitting a target. Stocker is a mature build and highlighted his toughness by battling through that shoulder complaint late in the year to still perform strongly.

Added to his talents is Stocker's character, which has shone during interviews with recruiters across the year. They see him as one of the most mature prospects in the pool, one who is articulate, smart and determined to get the most out of himself.

The question recruiters have on Stocker is his aerobic running and whether he can cover the ground from stoppage to stoppage as well as other prospects. He has some power and the ability to get out of traffic, but doesn't have the breakaway pace that some clubs could be looking for.

In his ability to extract the ball, feed it out and do it consistently, Stocker is a similar player to St Kilda midfielder Jack Steele. They are both able to dig in and get their hands dirty to set up teammates by hand.

Stocker's end to the season and performances for the Sandringham Dragons in their passage to the preliminary final has pushed him into the conversation as a first-round pick. Clubs such as Adelaide, Brisbane and Richmond with their late first-round picks will have a think about Stocker.

Stocker has some bankable qualities: he's hard, professional, committed, composed and is able to find the ball. They should translate to the top level. 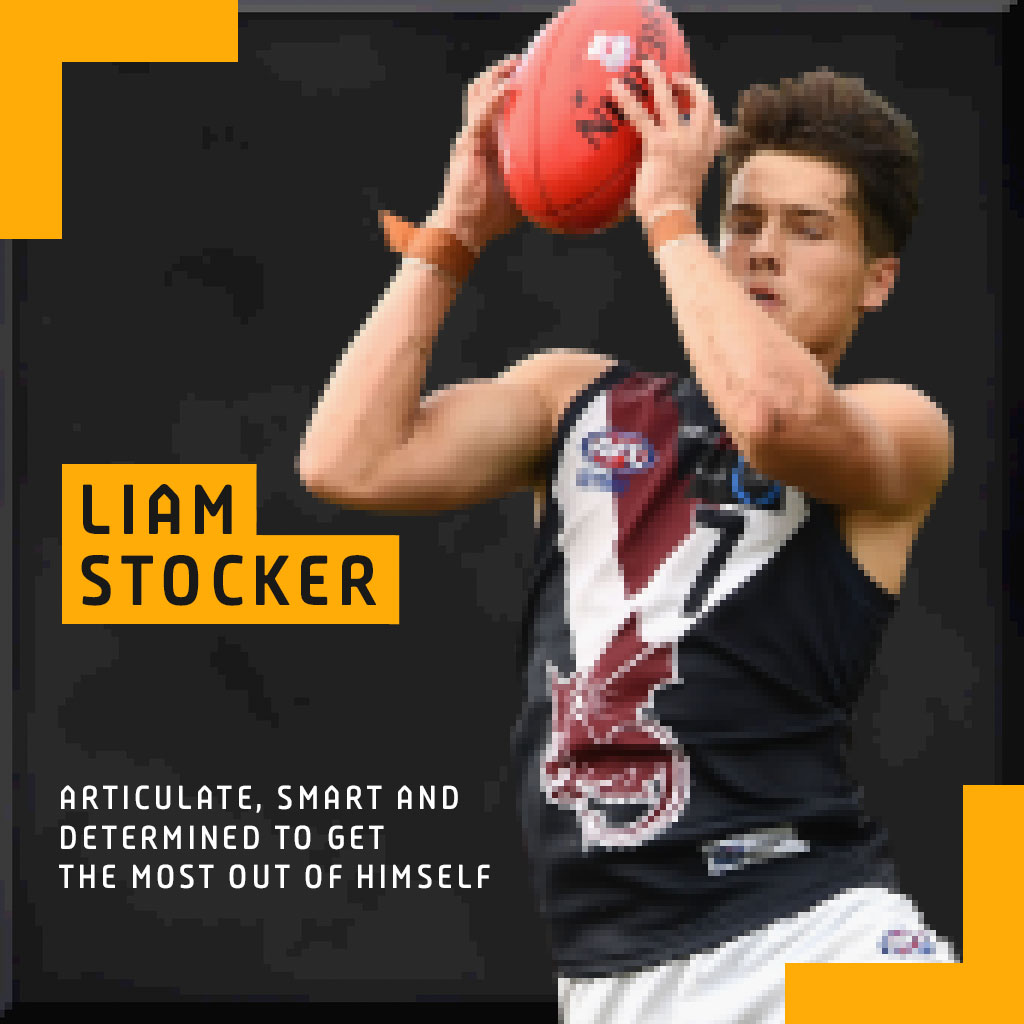 Blakey showed his prowess as a key forward this year while playing for the Swans in the Academy series.