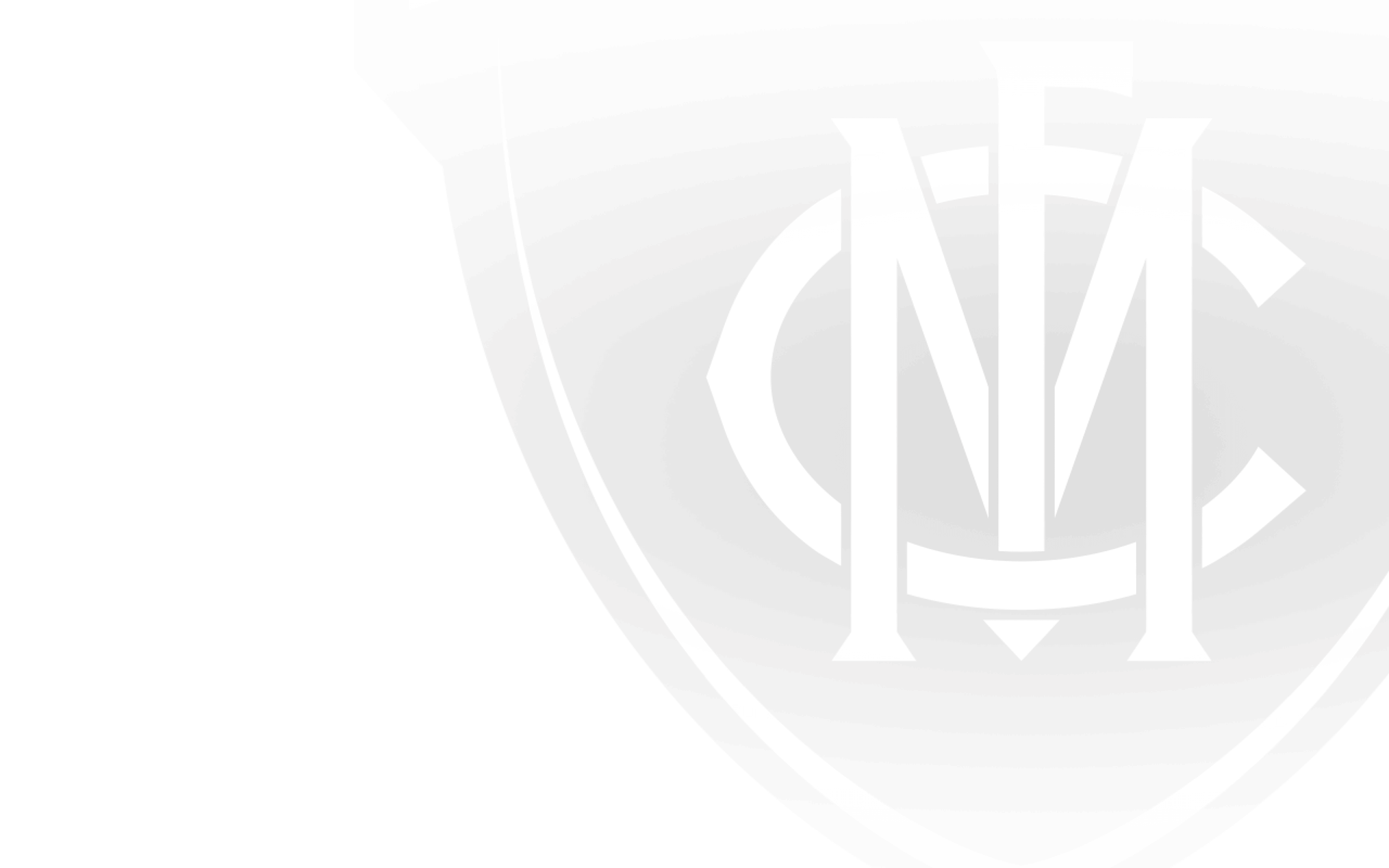 This weekend the Kangaroos take on the toughest challenge in football, a high-flying, undefeated premiership side in the form of the Narrm (Melbourne) Demons.

North put in a far more competitive performance against Port Adelaide in Hobart on the weekend, however this week's opposition look to be a class above the competition at the moment and are swatting aside all those who look to stand in their way.

After taking on the Demons at Casey Fields in pre-season this clash loom as a great litmus test to show the improvement in David Noble's side.

Whether you're making the trip to Marvel or watching from your couch, make sure you're prepared with this week's gameday guide.

North Melbourne enters the clash with a point to prove.

Progression and improvement is not linear, but after a string of tough losses the Kangaroos looked to bounce back and against a flying Power side last week. They put together two strong quarters in the middle of the game but will be looking to build on that this weekend.

The Demons will be flying high after a 74-point win over West Coast extended their unbeaten run to 16 games, with their most recent loss coming in Round 19 last year.

They've given the likes of Richmond and Hawthorn chances to defeat them due to some poor goalkicking in recent weeks, and despite smashing the Eagles their accuracy in front of the sticks left something to be desired.

Richmond and Hawthorn have given themselves chances against the ladder-leading side in recent weeks largely thanks to some goalkicking inaccuracy from the Demons, but they're still yet to be knocked off their perch this campaign.

Get your ticket to Marvel Stadium

Whether you're a Melbourne-based North fan or you're travelling to follow your Roos, we want as many fans as possible at our home deck cheering as we look to take down the Demons.

It's back to Melbourne for the Kangaroos this week, this time taking on an unbeaten Narrm (Melbourne) Demons side at Marvel Stadium for Sir Doug Nicholls Round.

As reigning premiers and current ladder leaders, the Demons will rightly enter the clash as favourites, but a number of key returners for the Kangaroos could help turn the tide in their favour.

There are a number of questions to be answered and stories to be told this weekend, but here are four of the most pressing.

Does Saturday act as a barometer for North's improvement?

The final stages of North Melbourne's 2022 pre-season began with a trip to Casey Fields to take on the Demons almost three months ago. Since then the Demons have registered an unbeaten start to the campaign while the Kangaroos have struggled for consistency over the course of the season.

The Kangaroos were missing the likes of Jy Simpkin, Aaron Hall, Tristan Xerri and Luke Davies-Uniacke for the pre-season clash, while Callum Coleman-Jones' first appearance in royal blue and white was cut short due to a minor knee knock. The strength of what was a near full-strength Demons side saw them stroll to an 88-point win.

There were plenty of positives to pull out of the game, including Jack Mahony's two goals and the performances of young guns Paul Curtis, Pat Walker and Tom Powell.

Improvement isn't linear. Progression isn't linear. That's been the messaging from the Kangaroos' coaching panel since David Noble's appointment ahead of last season. Less than 12 weeks is obviously not enough time for the Kangaroos to totally turn their fortunes around and become a behemoth of the competition.

That being said, an improved performance and smaller margin than what occurred in the pre-season clash would be a strong indication that this young North list is moving in the right direction.

Can the Kangaroos break away from their first-quarter jitters?

After a slow start against Port Adelaide that saw the Kangaroos down by 32 points at quarter-time, North rebounded in the second and third terms to hold the same margin by three-quarter time. A seven-goal-to-one fourth-quarter fadeout saw the final margin balloon to 69 points.

This occurrence of a slow start following by a more competitive second and third term is starting to become a habit for North. While the competitive fight shown to even up the game in the middle stanzas is a positive, the contest is being ripped out of the Kangaroos' hands before they even have a chance to get up to top speed.

This habit of a slow start followed by a mini-resurgence in the second term has been the story of North's season. Even in the disappointing Round 3 loss to Brisbane there were elements of this trend.

David Noble spoke about the tinkering of his side's pre-match routine in his press conference earlier this week. If North end this trend of slow starts and begin games as they mean to, it would go a long way to not only remaining competitive, but building belief in the side and winning games of football.

How many changes are made to take on the reigning premiers?

No matter the results this season David Noble has admirably refused to make wholesale changes to his side. It's clear he has a vision of what his best team looks like and which players have the best chance of turning the club's fortunes and taking it into the future.

This week though, a raft of changes could be made due to a number of key players returning from injury.

Most of the changes look set to occur in the middle of the ground, with Jy Simpkin, Hugh Greenwood, Jason Horne-Francis and Tristan Xerri all closing in on senior returns.

Simpkin and Horne-Francis missed the Power clash due to hamstring issues, Greenwood through health and safety protocols, while Xerri has spent three weeks on the sidelines with a foot injury.

A positive of the likes of Greenwood and Simpkin missing out last week was the added responsibility given to the likes of Luke Davies-Uniacke and Tom Powell in the Kangaroos' midfield.

'LDU' put together his strongest game of the season so far finishing with 25 disposals, six tackles and seven clearances, while Powell was a classy influence on proceedings with 14 touches and a well-taken goal.

Hopefully Davies-Uniacke and Powell can both remain strong influences on the contest despite the returns of more senior players in Simpkin and Greenwood, while Horne-Francis could play forward.

Hopefully the young pair can perform at a similar level this week despite the return of three first-choice midfield options. Either way, this week's potential inclusions certainly have the ability to excite North fans.

Will North rise to the occasion of Sir Doug Nicholls Round?

Sir Doug Nicholls Round has evolved to become one of the most exciting and important rounds of football in the home and away season.

This year the Demons have taken the bold and new step of rebranding themselves as 'Narrm' Football Club in respect for the Aboriginal name for Melbourne which comes from the Woi Wurring language.

Both the Kangaroos and Demons will take to the field wearing jumpers designed by Ky-ya Nicholson Ward, a proud Wurundjeri, Dja Dja Wurrung and Nguarai Illam-Wurring woman.

With seven Indigenous players on its list - Jed Anderson, Jason Horne-Francis, Jy Simpkin, Tarryn Thomas, Phoenix Spicer, Kyron Hayden and Matt McGuinness - North Melbourne is aware of the importance of Sir Doug Nicholls Round and both learning about and respecting Indigenous culture.

On the field there will undoubtedly be a tough and intense battle between Narrm and North Melbourne, but celebrating the culture of the traditional owners of the land on which our great game is played is certainly something both sides can come together for to respect.

Some games are about more than just football. All the clashes in Sir Doug Nicholls Round definitely fit that bill, and the celebrations and respect shown over the course of the weekend will be a sight to behold.

Narrm (Melbourne) has shaken off a dogged North Melbourne, defeating the Roos by 47 points at Marvel Stadium.

The score doesn't reflect the first three quarters of the match, with North Melbourne having closed to six points at the 13-minute mark, before the Dees flicked the switch to coast to the 14.16 (100) to 8.5 (53) victory.

Every time the Roos closed the gap, the premiers just became that little bit cleaner and would coast away again, ultimately dominating the inside 50 count 74 to 34.

North Melbourne was at its best on the burst, showing it was capable of cutting Narrm up through the middle of the ground when it moved the ball with pace, but the Dees held supreme when North opted to chip the footy.

The Roos snatched the lead in the second term, briefly dominating the ball in the middle of the field, before the Demons reasserted control and Kozzie Pickett converted two majors to help his side to a 20-point half-time lead.

While the Dees felt a little off the boil at times, Clayton Oliver was simply superb in the first half with 24 disposals and six clearances and finished with 45 and 13 (and 613m gained) for the game.

Luke Davies-Uniacke (27 and six clearances) and Bailey Scott (27 and 12 marks) worked hard all day for the Roos, while Luke McDonald (31 and 643m gained) patrolled across half-back.

Narrm winger Ed Langdon was subbed out in the second term with sore ribs, following a heavy tackle from Tarryn Thomas in the first quarter, while Curtis Taylor's game also finished early with a rib injury.

Narrm has finally shaken off one of the weirdest current records in football, defeating North Melbourne at Marvel Stadium for the very first time. The two teams have now played nine matches against each other at the Docklands venue – with four of the past seven matches between the two played in Tasmania, and one in Adelaide – and before Saturday, the Roos had won every single one.

It may have been a grim season for North Melbourne, but Zurhaar has well and truly turned the corner after a quiet start to the year. The bullocking forward was at his ferocious best against Narrm, taking advantage of the limited inside 50s to kick three goals, including a stunning wheel-and-snap from 50m. After missing a match with concussion, the mid-sized forward has kicked 13 goals from his past five matches.